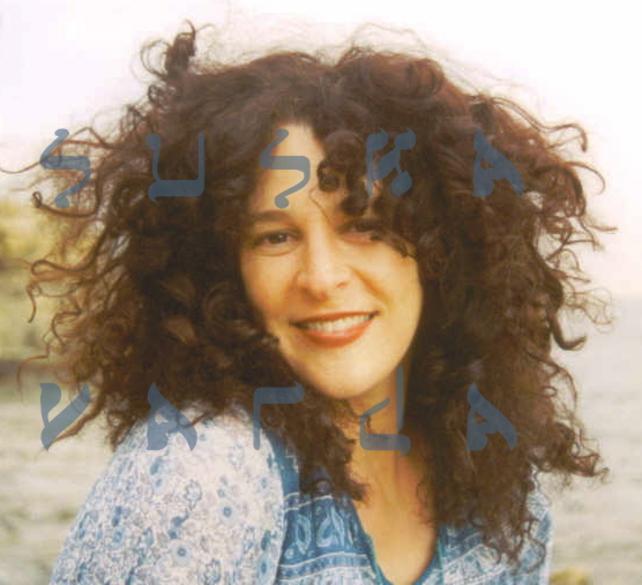 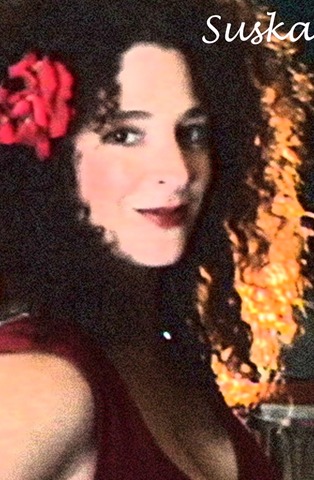 About The Gefilte Chick

Suska loves to sing. Originally from Rye, New York, Suska has traveled far and wide studying and experimenting with the wonderful woild of "vocal ease". She is a graduate of the California Institute of the Arts where she studied traditional western vocal technique and also performed with Celtic, Javanese and North and South Indian ensembles specializing in voice.

Suska has been influenced by the greatest of the female vocalists, including but not limited to : Bessie, Billie, Babs, Janis, Judy, Joanie, Grace, Marthe, Dagmar and Lotte Lenya for crying out loud.

A sentimental, sensual, and expressive vocalist and performing artist, Suska sings with yearning and passion. The San Jose Metro describes her voice as "golden". She has been told that she "sings like an angel", as opposed to an angle.. which would be an altogether different thing... Not only that but she has naturally curly hair. Suska is available for any and all occasions.